Motion House Road handled all aspects of this project, from script to final render.

Project Evolve is a Portland-based start-up that focuses on personal, professional and financial evolution. Through a series of workshops and one-on-one consultations, they give entrepreneurs, change-makers, educators, conscious parents and partners the tools they need to solve fundamental problems that hold them back from success, profitability and happiness.

Since we’ve been working with this client for the past few years and had previously developed their logo and brand, we were familiar with the core concepts behind Project Evolve. They wanted us to create a short video to communicate these ideas in a simple and entertaining way. It would be used as an introduction on their website and shared on social media.

The client had one primary concept they wanted to reinforce: We’ve always been told that life is a series of ups and downs. But with a simple perspective shift, life instead becomes a series of lefts and rights. Which is certainly a lot less intimidating!

After some initial meetings, we developed a draft script based on the clients’ key messages. Our goal was to keep the length of the animation to approximately 30 seconds. We edited the script down until we felt comfortable we could fit within this window without feeling rushed.

Armed with this script, we began work on the visuals. We explored a few different options — including the idea of showing a map to represent one’s journey through life — but we eventually settled on a more abstract and conceptual approach. We felt this was a better way to communicate the ideas without being overly literal and the client agreed.

Our concept was to follow the journey of a heroine object as it navigates through a world of geometric obstacles. As it works its way through “life,” it is able to navigate the obstacles with greater ease and it eventually finds itself on a steady, straight path.

‍
We put together some initial style frames that we then used to build the storyboard and animatic — which is essentially a rough, animated version of the storyboard. The purpose is to get a sense of the pacing, rhythm and progression of the animation before diving into final production. Recording a scratch voice-over and adding a music track helped us get a feel for the timing of the piece.

In the end, the animatic phase of the project proved to be extremely valuable. We realized that it was too visually dense in places. This could have been potentially overwhelming in the final animation. We decided to remove a few key frames to make it flow more evenly.

Once we had sign-off on the animatic, we finished the production-ready artwork and began working on the final animation. Because we needed to track the heroine from start to finish, we had to create a camera rig that could follow it during its entire journey. This proved to be the most challenging part of the animation, especially when the heroine path shifts orientation in the middle.

After completing the first full pass of the animation, we edited the music track to fit and Connie-Marie recorded the final voice-over track. After correcting some minor timing issues and adding some additional secondary animation elements, we were able to deliver the finished render to the client who was thrilled with the result. 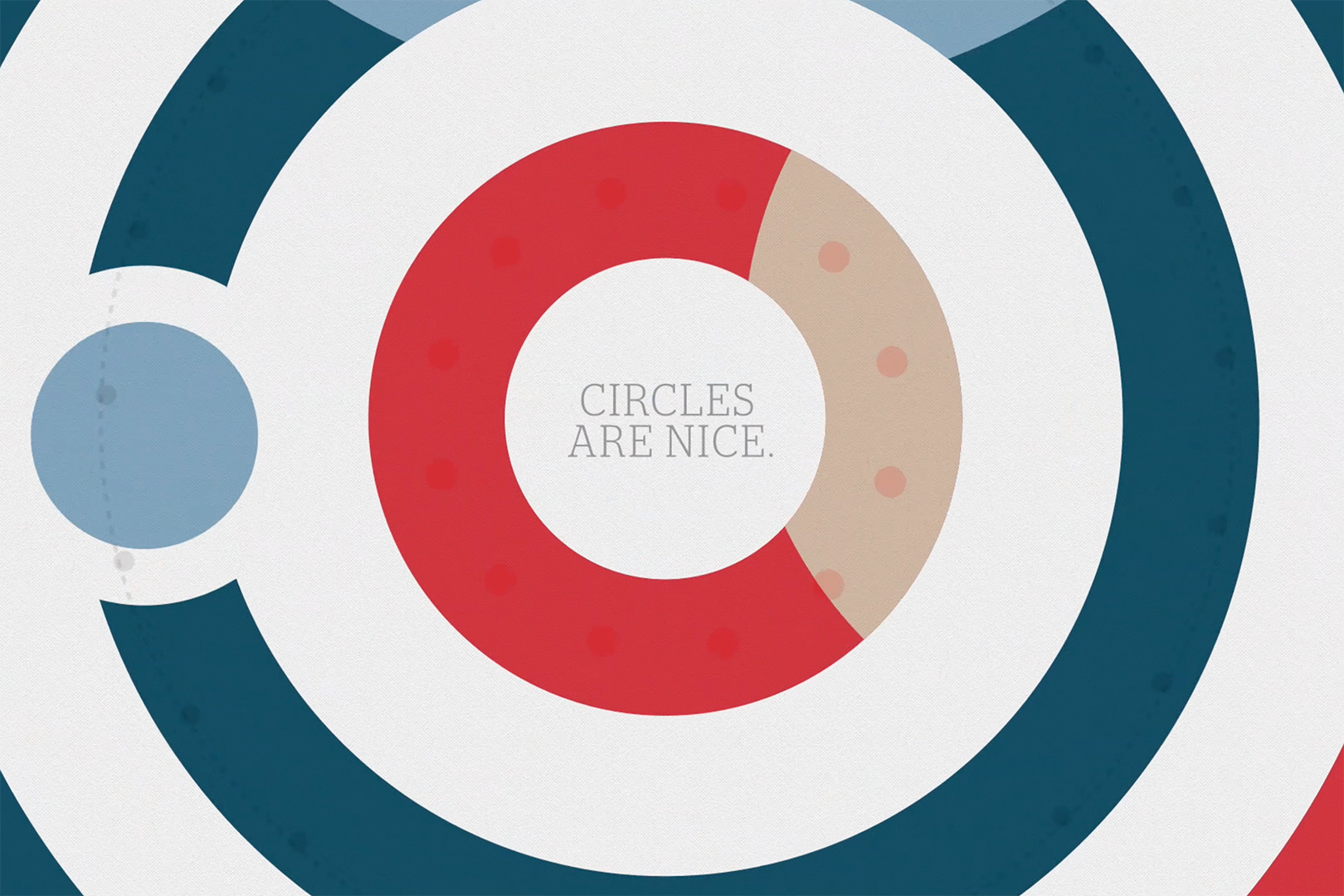