The Surrealist Kitty Brand was the product of an intensive and exhausting brain-storming session. And a couple of beers. 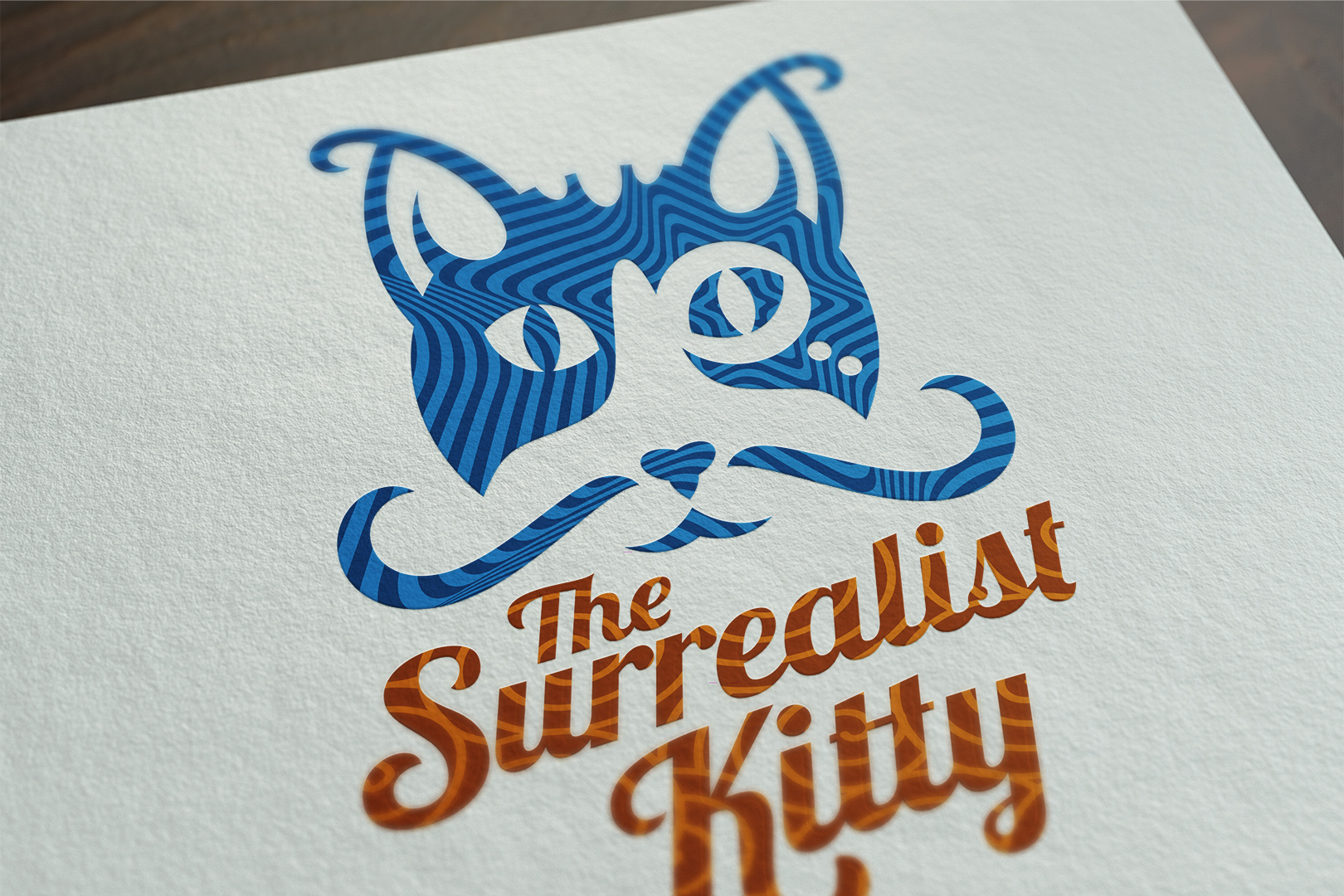 Half-forgotten tales of yore have long warned us: to stare into the eyes of the Surrealist Kitty is to invite madness and mayhem. While this old legend may or may not be true, I simply had to take the risk and hope for the best.

The Surrealist Kitty began life as all great ideas do: on a napkin… in a slightly gone-to-seed harbor-front bar known for salty people and even saltier food. A frosty draft and a plate of nachos spurred a vision that came to life at a speed that should have aroused suspicion. Instead I was lulled into a reverie of fascination.

To counteract this unnerving effect, I decided to document the design process before I ended up being dragged away, frothing at the mouth and snapping at flies like an agitated turtle.

1. And thus it began. A simple, carefree sketch, marred only by a little ketchup and onion ring grease. Innocent enough. Or so I believed…

2. I later imported the rough sketch into Adobe Illustrator, created a tighter version, then converted it into guides for me to follow. I soon began to suspect that my hands had been taken over by otherworldly forces.

3. Since the Surrealist Kitty was symmetrical, I needed only to draw half his face. But something… something was different about this cat. Maybe it was just my imagination.

4. I finished his head by flipping and merging the two halves. It was only then that I noticed a buzzing and ringing sound in my own head, like a poorly-tuned radio or a chiming clock missing several of its wires and coils.

5. Initially, I was not happy with the monocle. It seemed busy and somewhat distracting. The Surrealist Kitty told me to make his entire left eye into a monocle. I thanked him and did as he commanded. He also suggested honing the type a bit, as well as the overall proportions.

6. "The ‘K’ in Kitty needs a tail,” purred my furry overlord. Thank you, dear friend. Your graphic judgement is truly impeccable!

7. Time to add color and patterns suggestive of imaginative journeys only the most adventurous humans have dared embark upon. And… we’re done!

We are done, aren’t we? In my mind’s eye the Surrealist Kitty calmly licked a paw and gazed off to contemplate a horizon only he could see. “For now. But keep your whiskers tuned to my frequency. Perhaps more shall be revealed to you.”