Murder can be a messy business. Especially when it takes place in the kitchen. 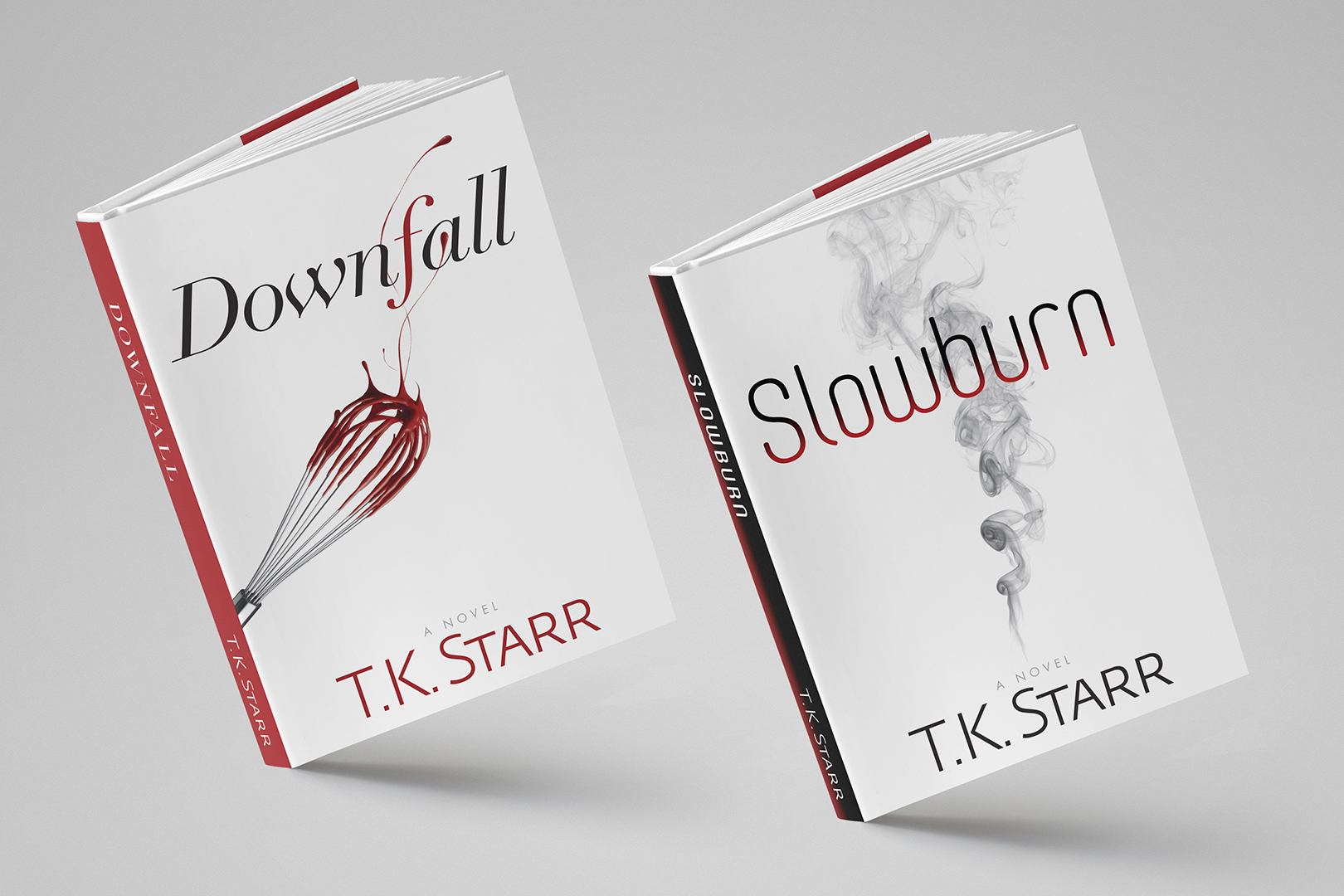 These book jackets were designed for mystery writer, T.K. Starr. After researching the themes of the books (see below for a synopsis of each), we felt that both covers should follow along a similar visual path, since each novel has the same protagonist. After a couple of discussions with the client to make sure she was on board with the overall idea, we started doing some initial designs.

We presented three design directions for each book. Initially, there didn’t seem to be a clear favorite. But after more deliberation — and discussions of the merits of each — a winner emerged. Our client decided the best approach was the simplest, and we had to agree. The chosen concepts are fairly stark and dramatic with a limited color pallet — essentially, black, white and red. Our client was thrilled with the final result and asked us to design a website following the same graphic theme.

Downfall: Casey McKittrick finds her culinary school Instructor and Director dead with her head dunked in a vat of cake batter. But all is not as it seems and the tangled case leads Casey through an unstable tunnel of greed and depravity, the darkest parts of the human soul. Casey must expose the deceit before the flickering light at the end of the tunnel goes out and the tunnel collapses, smothering her in its downfall, forever buried in its wicked secrets.

Slowburn: As Assistant Prosecuting Attorney Casey McKittrick delves deeper into the twisted connections between a homicide victim’s past and present, she's reluctant to admit she’s also chasing her own long suppressed demons. When the bodies continue to fall, however, Casey must make a choice: face the past and douse the slow burning flames of a killer’s vengeance; or let the last chance for justice for all the victims, herself included, become another ash in the wind.